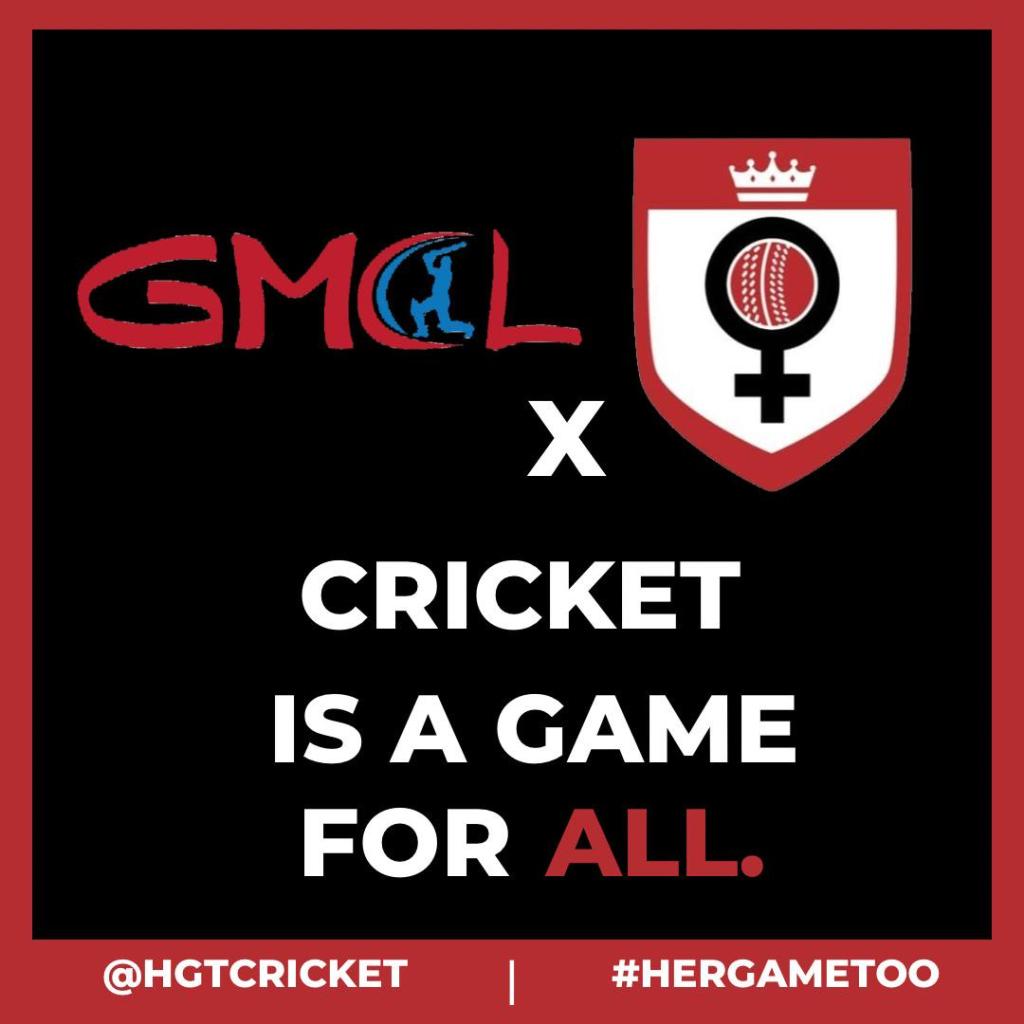 GMCL are delighted to announce a new partnership with HerGameToo Cricket, which aims to raise awareness of sexist abuse.

GMCL will be the first cricket league to officially partner with HerGameToo Cricket and join clubs such as Gloucestershire, Western Storm and Somerset in their commitment to eradicate sexism, promote inclusivity and grow grassroots sport.

HerGameToo was founded by 12 passionate female football fans who are committed to growing the campaign with the aim of fostering an ethos in sport in which women are welcomed and respected equally. The campaign has since moved into the world of cricket.

The non-profit organisation aims to create awareness, educate, research, develop a strong sense of community and create strong relationships with clubs, among much more.
Further aims include creating regular content to champion women in cricket (players, staff and fans), creating strong relationships with club trusts and communities, having a presence at cricket grounds and sports bars to build a more welcoming environment for young girls and women as well as continuing to campaign against sexism in sport and online abuse.

"Following a meeting on Monday 11th July, The Greater Manchester Cricket League is pleased to announce a partnership with Her Game Too, to promote women's cricket in all our clubs and the league itself. We believe this partnership will be mutually beneficial for both of us moving forward with our joint aims to see greater participation of women and girls in grass roots cricket. We both hope that this will be a long and fruitful partnership." - Ian Pickles (Equality and Diversity Officer/GMCL Director)

“I’m delighted to be partnering with GMCL. Together we will break down some of the barriers that exist for women and girls in cricket. This league covers a huge breadth of clubs and through our partnership we will empower women and girls as well as ensuring a welcoming and safe environment for all. There are exciting times ahead and I am very much looking forward to seeing what we can achieve together!” – Paige Caunce (HerGameToo Cricket Lancashire Ambassador)

“This partnership will be the first of its kind for HerGameToo. We have partnered with clubs, brands and organisations before but never an entire league! This is a very exciting development for HGTC and I cannot wait to watch this relationship flourish” – Mark Watson (HerGameToo Cricket Lead)

“It’s great to see the league moving forward and pushing for the inclusivity of women and girls. I’m really looking forward to getting involved!” - Olivia Kay (GMCL Club Liaison Officer/Player)